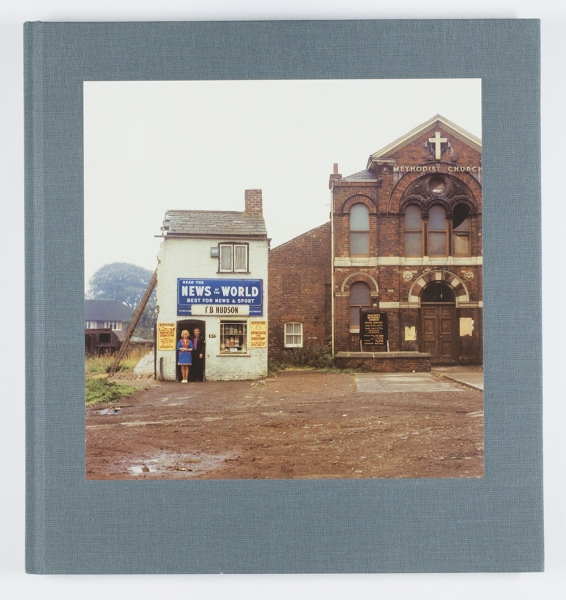 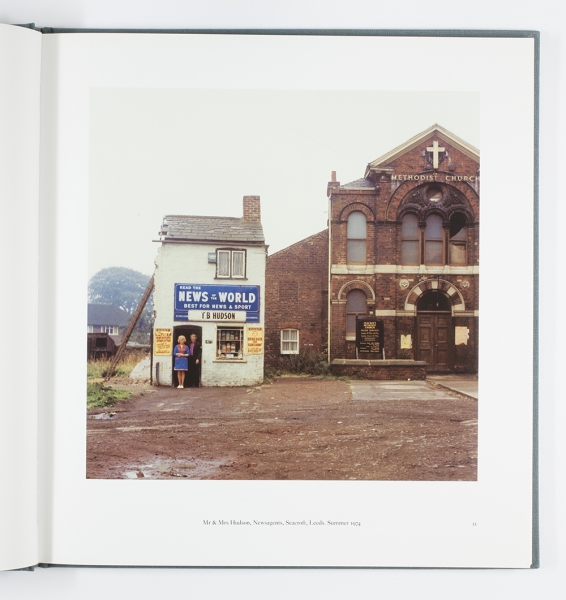 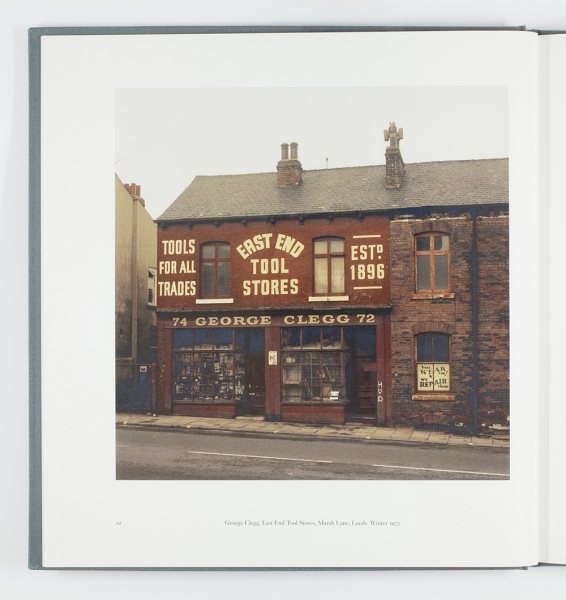 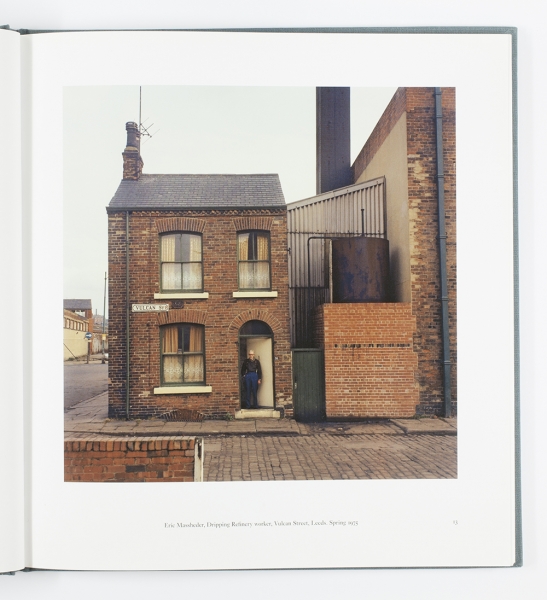 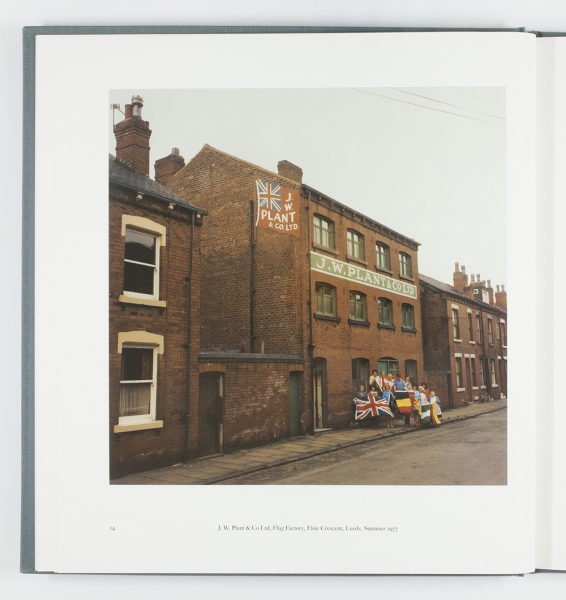 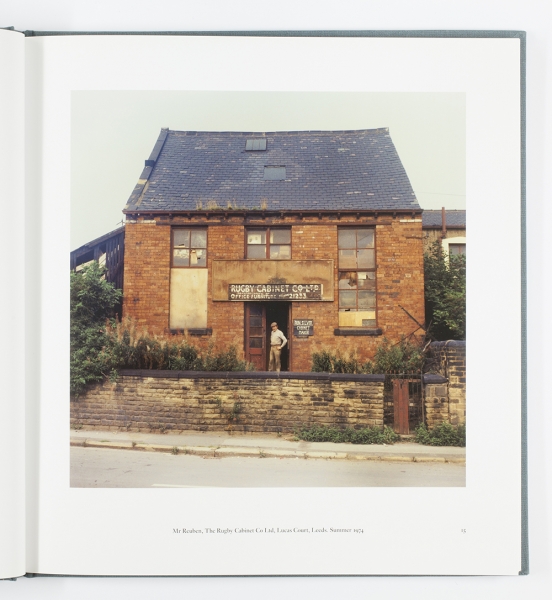 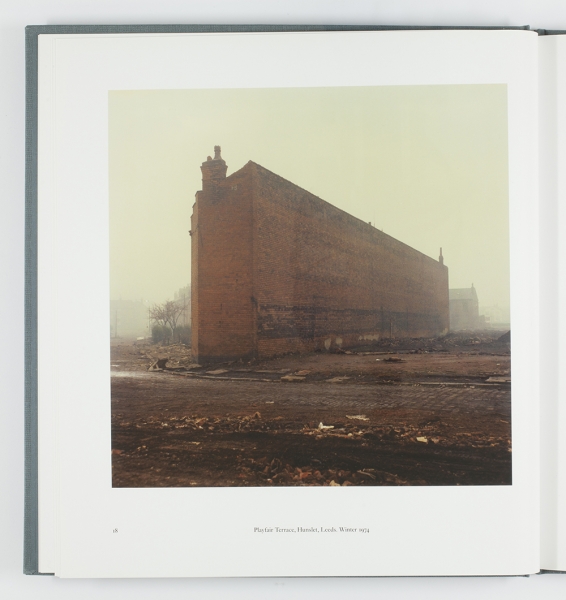 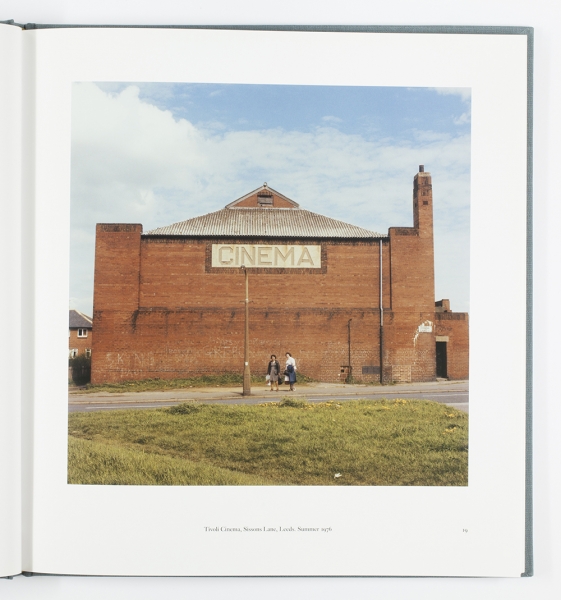 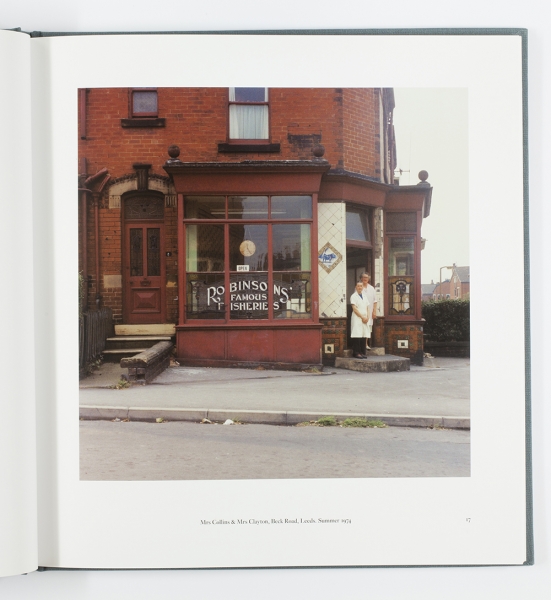 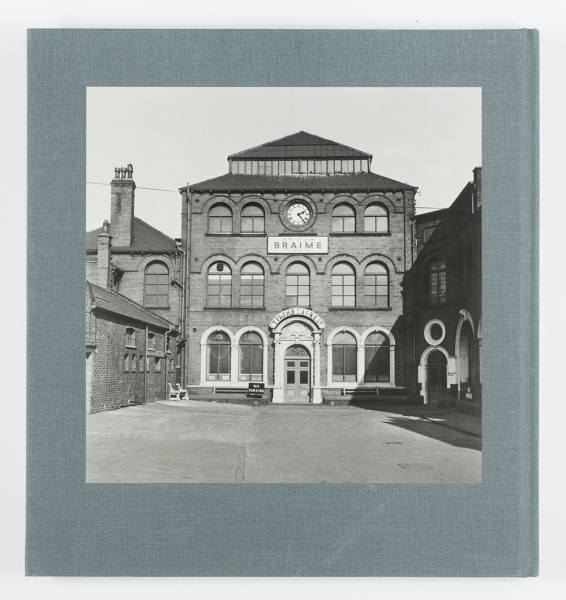 In the 1970s, Mitchell was working as a truck driver in the English city of Leeds, and he photographed the city during his rounds. This work depicts the factories and small shop owners of Leeds, all photographed in a very formal manner with the aid of a stepladder. In 1979, the photographs were shown at Mitchell’s one-person exhibition at Impressions Gallery in York; this was the first landmark color photography exhibition in the UK. The work was later included in the seminal exhibition ‘How We Are: Photographing Britain’ at Tate Britain in 2007.

Strangely Familiar presents 47 color plates, beautifully printed on matt paper and playing off of the artist’s accompanying texts. The book opens with an introduction by Martin Parr.

” This book is number 7 in Nazraeli’s series of 10 books chosen by Martin Parr and it’s a classic, a marvel of decrepit cityscapes mixed with environmental portraits that show the soul of a city and a people at odds with what Mitchell calls the ‘glittering emptiness’ of the city today. ” Colin Pantall