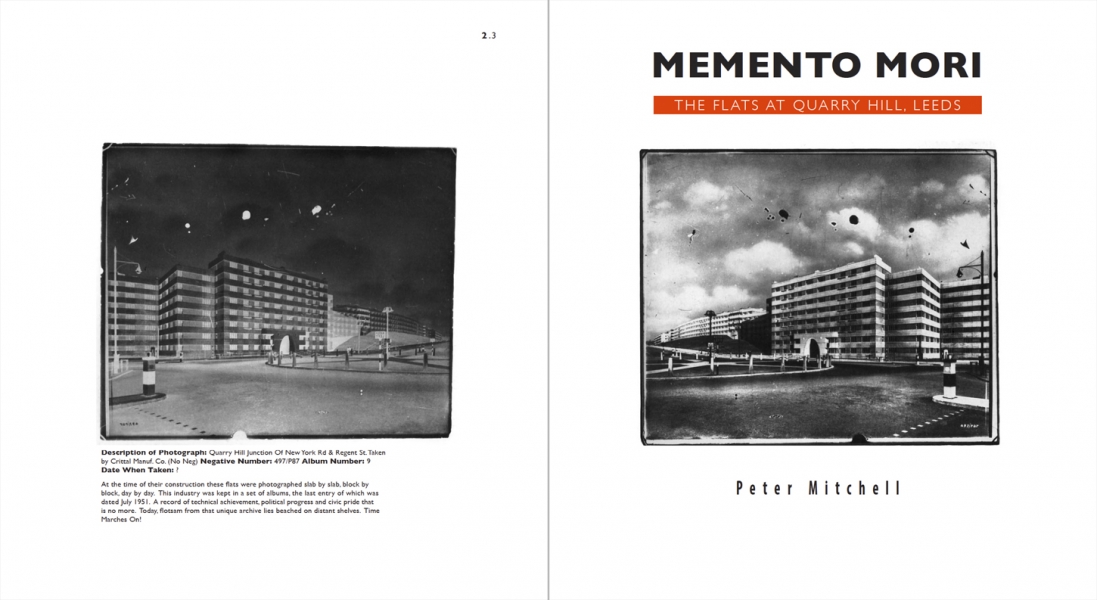 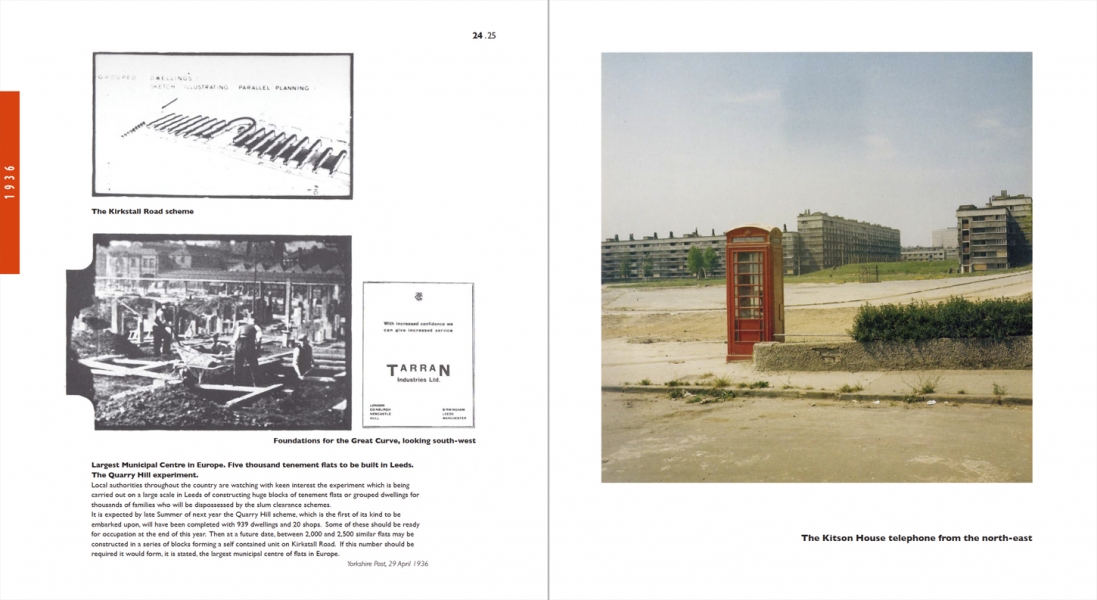 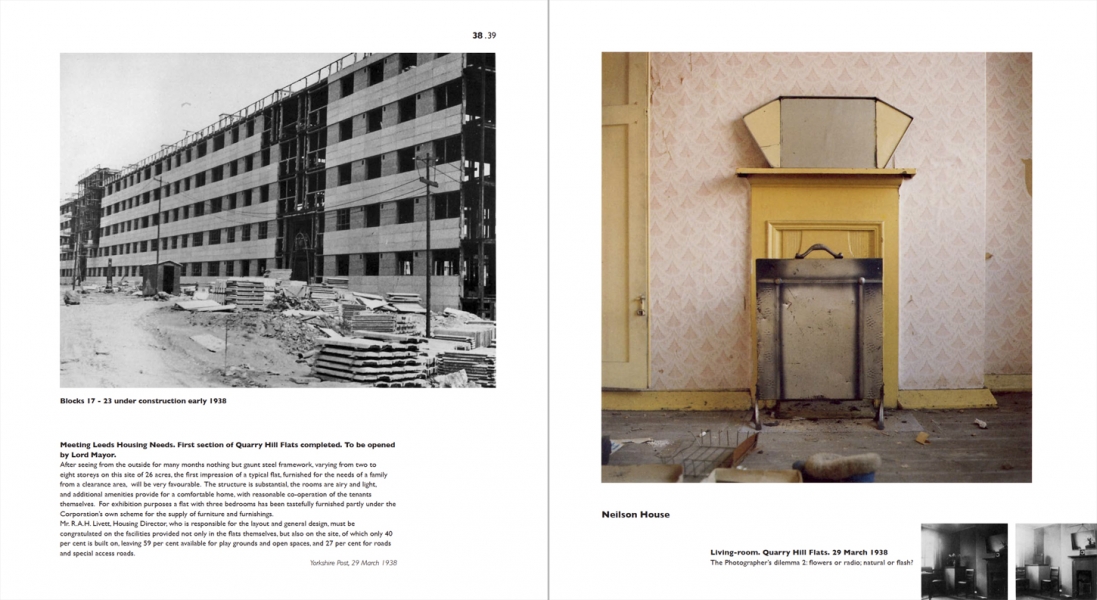 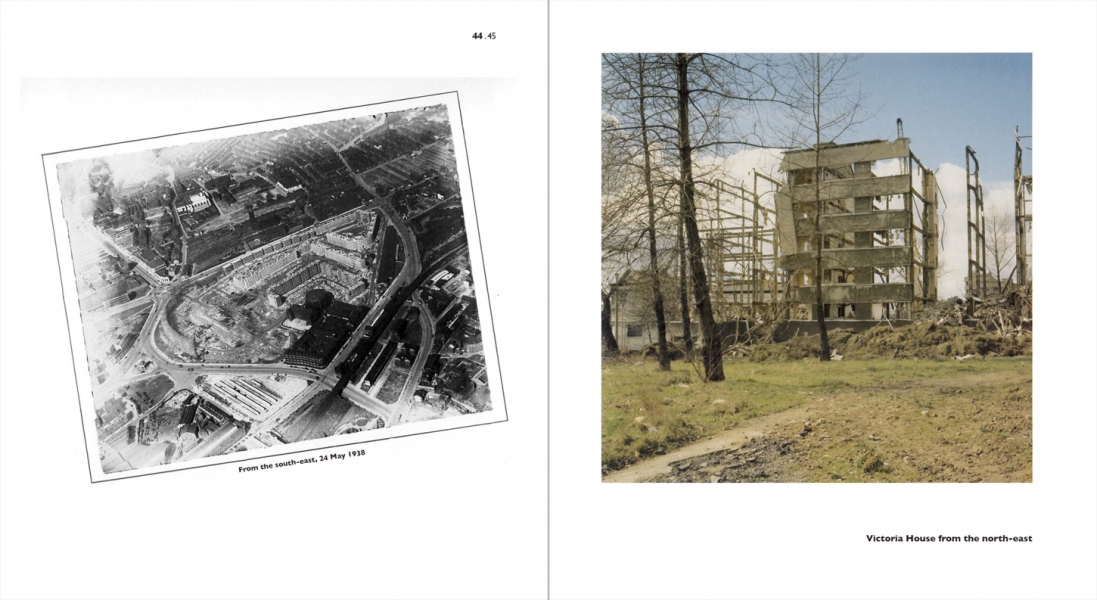 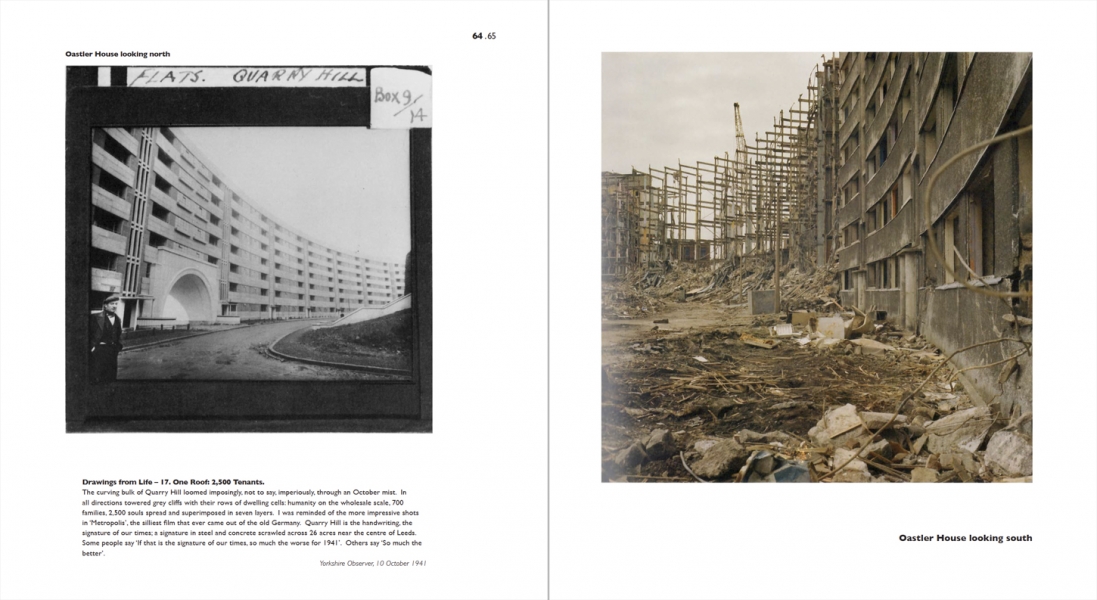 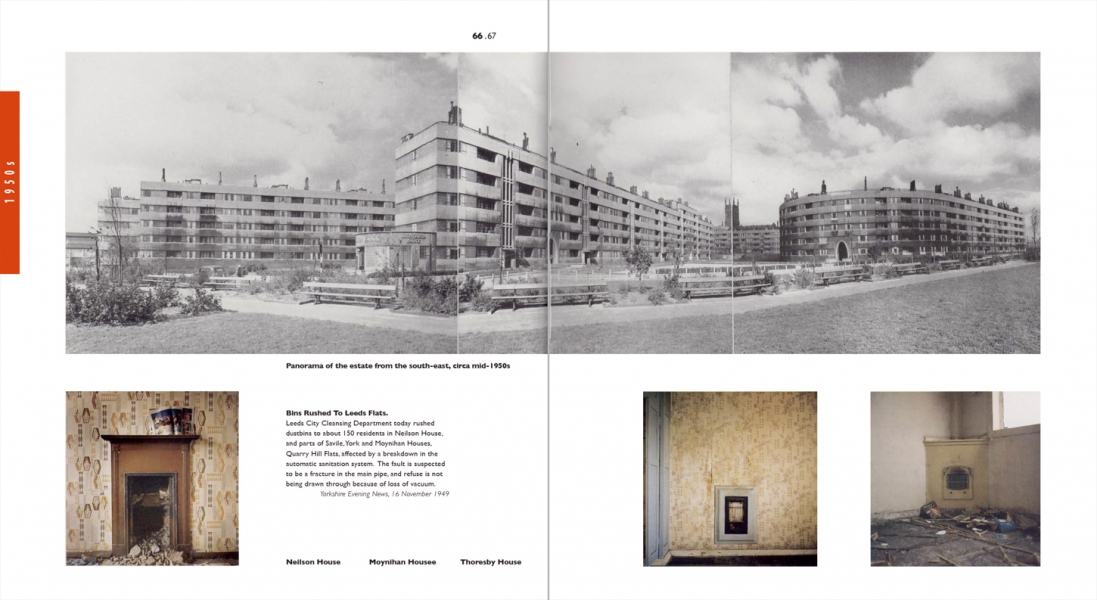 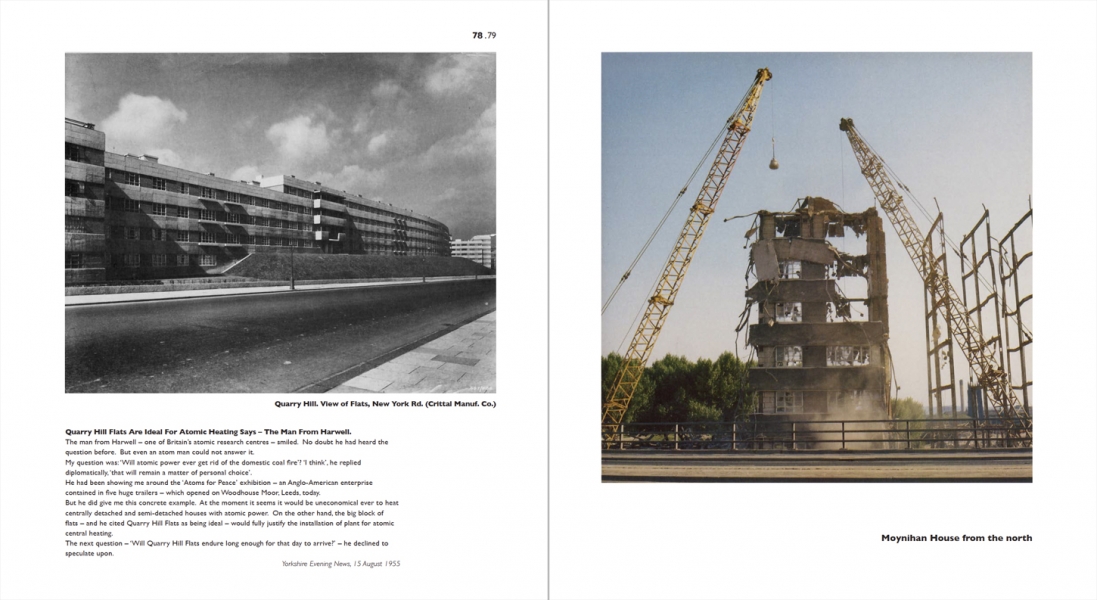 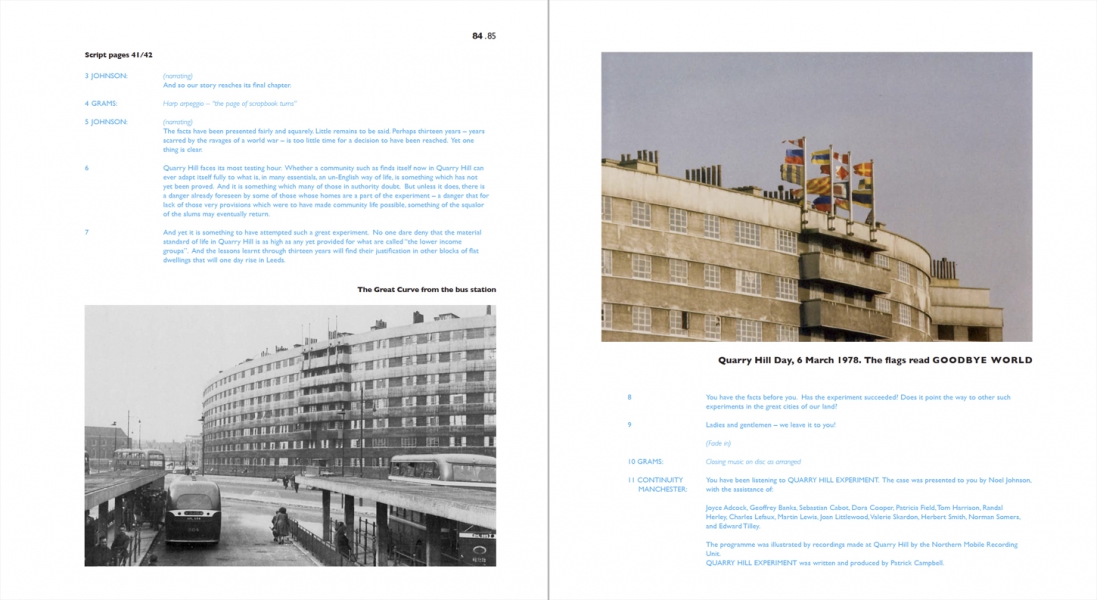 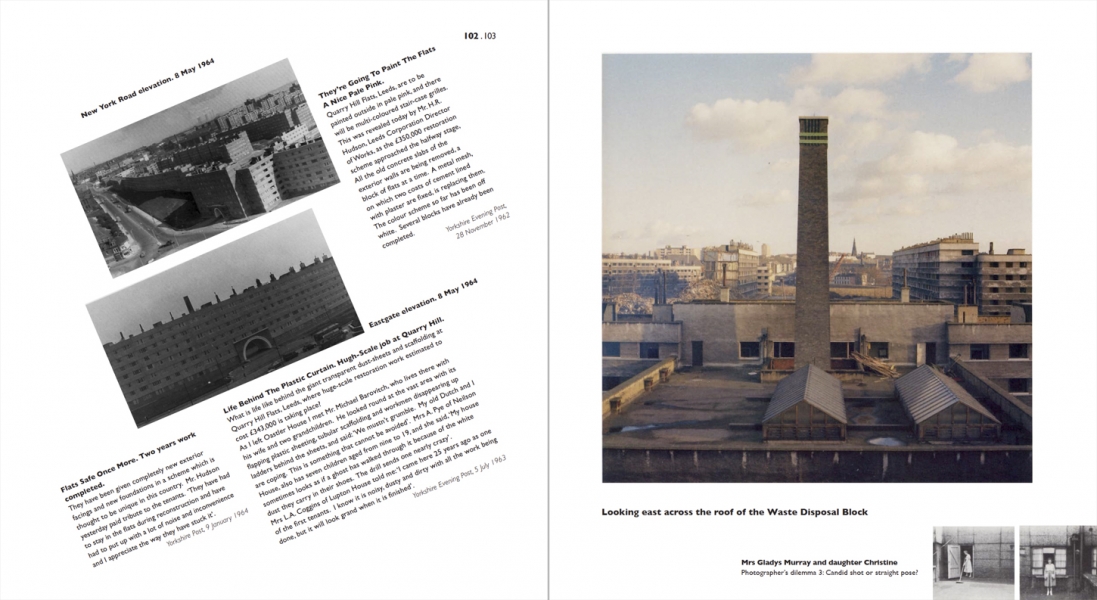 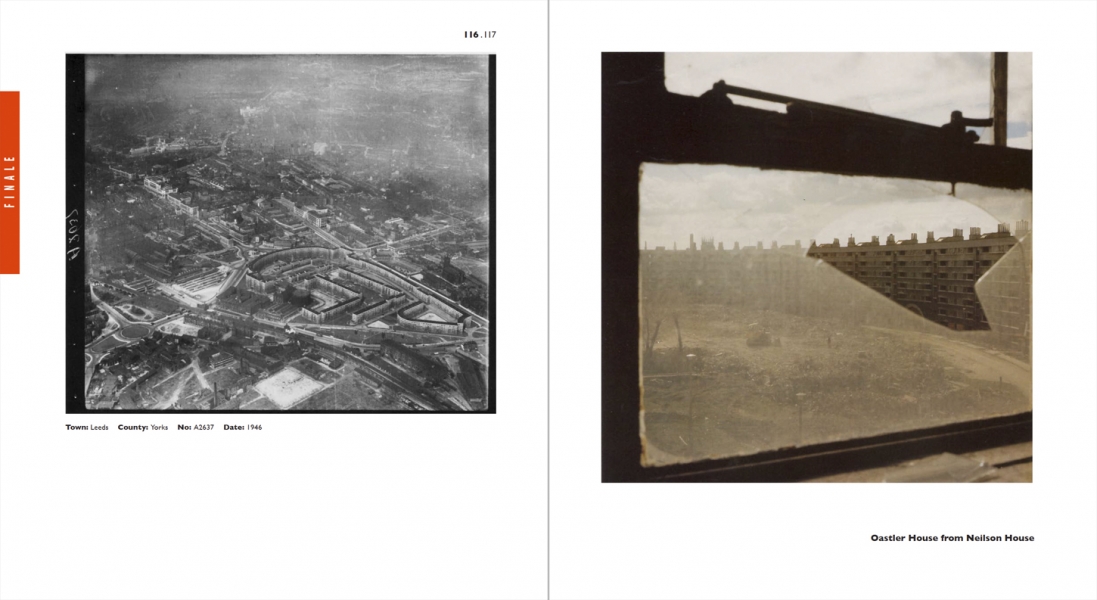 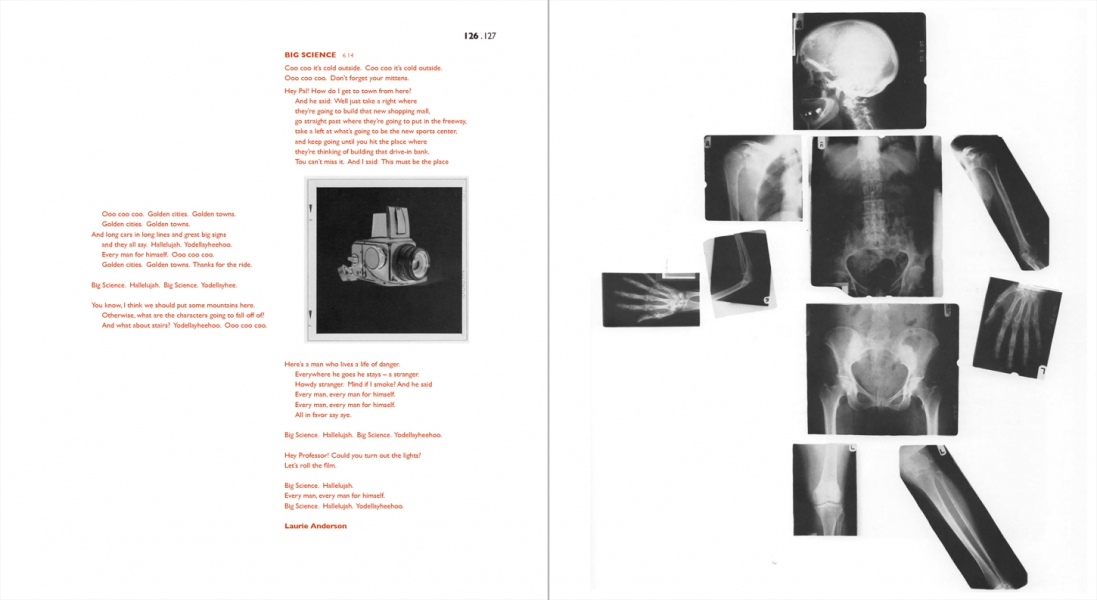 Quarry Hill Flats was a large housing estate, built on continental lines and peculiar to Leeds. The largest and most modern of their kind in Europe, housing around 3,000 people, the Flats were constructed during the 1930s as part of a ‘great social experiment’ to accommodate an entire urban community. But soon the daring vision for the future began to crumble – literally – and by the 1950s the Flats were infamous. During the 1970s the decision was made to demolish the ‘stone jungle; and Peter Mitchell arrived in Leeds in time to record the passing of the great estate.

This is not merely a record of demolition but a tribute to the power of photography, to those who engineered and built the Flats, to the people who lived and died in the Flats and to the city of Leeds itself. Using archive material – much of it private and unpublished – Memento Mori details the ideas behind the Flats, their construction, and their eventual demise. Why did it fail? Was it some flaw in the grand design, or a combination of factors? And what did the inhabitants themselves actually feel about their surroundings? Memento Mori offers answers to some of these questions, but poses may more.

Peter Mitchell says: “I photograph dying buildings and Quarry Hill was terminal by the time I got to it. Times change and I know there was no point in keeping Quarry Hill Flats. But what it stood for might have been worth remembering.”

” Peter Mitchell’s Memento Mori, a reflection on the Quarry Hill estate in Leeds in words, photographs and archival material, was published in 1990, representing the culmination of almost two decades of observing, photographing and writing about the city, and developing ways of weaving fragments, stories, photographs and typography which were unique in British photographic practice.” Val Williams