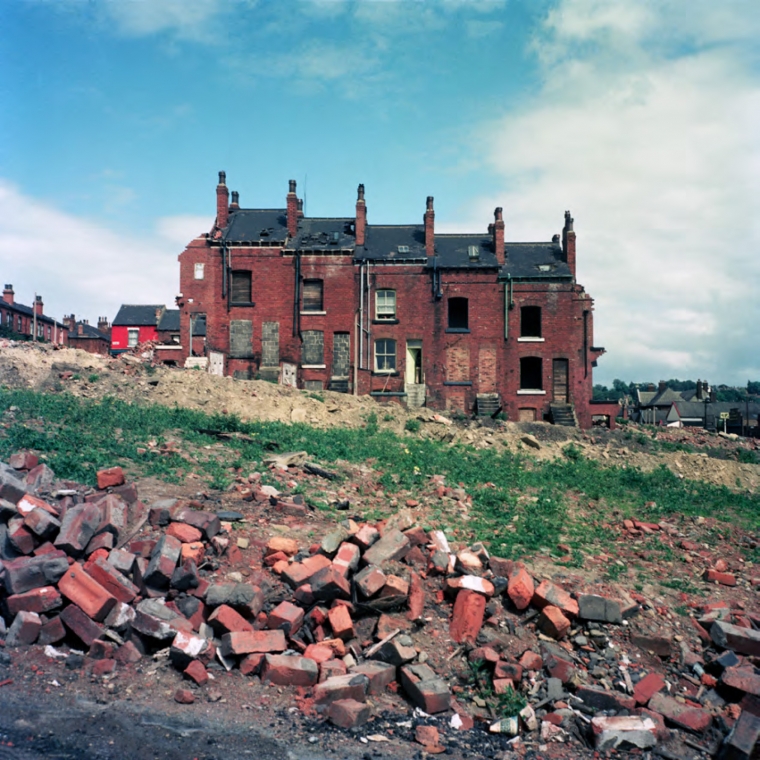 2020 has been an exciting time for Peter Mitchell, with plenty of exhibitions, books and prints released and a lot of future plans marked in the diary. He still refuses to have a computer or mobile phone, but he seems to manage well without them, even throughout a global pandemic. In fact, he seems quite happy that the whole world has slowed to his pace.

It’s been a while for a little update on matters Mitchell, so excuse this rather long newsletter. He’s been a busy man!

Early Sunday Morning was the big book news this year. Featuring over 90 previously unpublished images, edited and sequenced together by John Myers. The collection can be seen here. RRB Photobooks, June 2020

“The book itself is possibly the most beautiful and large RRB Books title to date… This is something exceptional and should not be overlooked.” – American Suburb X

We have released the affordable print Mrs. Clayton and Mrs. Collins, 1974, a portrait taken in a chippy, proved to be particularily popular with those that have a taste for nostalgia. The two sisters owned Robinson’s Famous Fisheries on Beck Road in Harehills where this picture was taken.

To mark the end of a good year for him, we’re releasing a new affordable print titled Sir Yanks Records (& Heavy Disco), 1976. Sir Yank was a Sound System owner from Leeds in South Yorkshire in the 1970’s who operated as “the Boss Of Yorkshire Sounds”. He also owned Sir Yanks record shop, in Gathorne Street, Leeds. Sir Yank’s was the only place to get those hard-to-find Jamaican imports and bass speakers that rattle the whole street. Originally published in Strangely Familiar, Nazraeli (2013), the image has been re-mastered for print in 2020.

We’re releasing some posters of Peter Mitchell’s work. A selection of six iconic photographs of Mitchell’s, some of which had been sat unseen for over 30 years, are now available as A2 posters, printed on soft matt 200gsm paper.

These photographs can be seen in his publications, Early Sunday Morning, Memento Mori and Strangely Familiar.

Mitchell’s collection is currently been exhibited across the continent, in France, Germany, Belgium and the UK.

His work was exhibited in a joint exhibition with John Myers at Galerie Clémentine de la Féronnière, Paris throughout autumn. In Goch, Germany, Peter’s work was in a group show titled Facing Britain alongside Tish Murtha and John Myers at Museum Goch.

In Belgium, his entire Space Mission collection is exhibited at Musée de la Photographie, Charleroi, it is on display till January 17th 2021. If you’re planning a visit we advise that you check opening times.

Our friends Colours May Vary in Leeds partnered with ‘In Good Company’ and Leeds Civic Trust to produce an outdoor exhibition of Mitchell’s work using empty poster drums around the city that had been left largely unused during lockdown.

“how perfect it would be to get Peter’s work up… to present this wonderful archive of Leeds Heritage to the public for them to be viewed in their own time, on their own streets”

If you’re in Leeds, keep your eye’s peeled, photograph what you find and tag it with #earlysundaymorningleeds

The Memento Mori podcast series is funded by Leeds City College Arts Fund and creates sonic stories based on the work of Peter Mitchell, who captured the demolition of Quarry Hill flats in the late 1970’s. Built in the 1930s in Leeds, the flats were the UK’s largest social housing complex at the time, Mitchell’s book Memento Mori collected fragments of their history alongside images of the flats’ demolition. If you would like to know more, information on the podcast can be found here.

As a part of the festival’s programme, there will be a conversation between Peter Mitchell and Geoff Dyer, stay in tune with festival updates via www.bristolphotofestival.org

In late 2021, we hope that there will be an outdoor exhibition in the Quarry Hill area of Leeds. The exhibition will be accompanied with a new book. We’re really excited by this and will keep you updated as we find out more information.